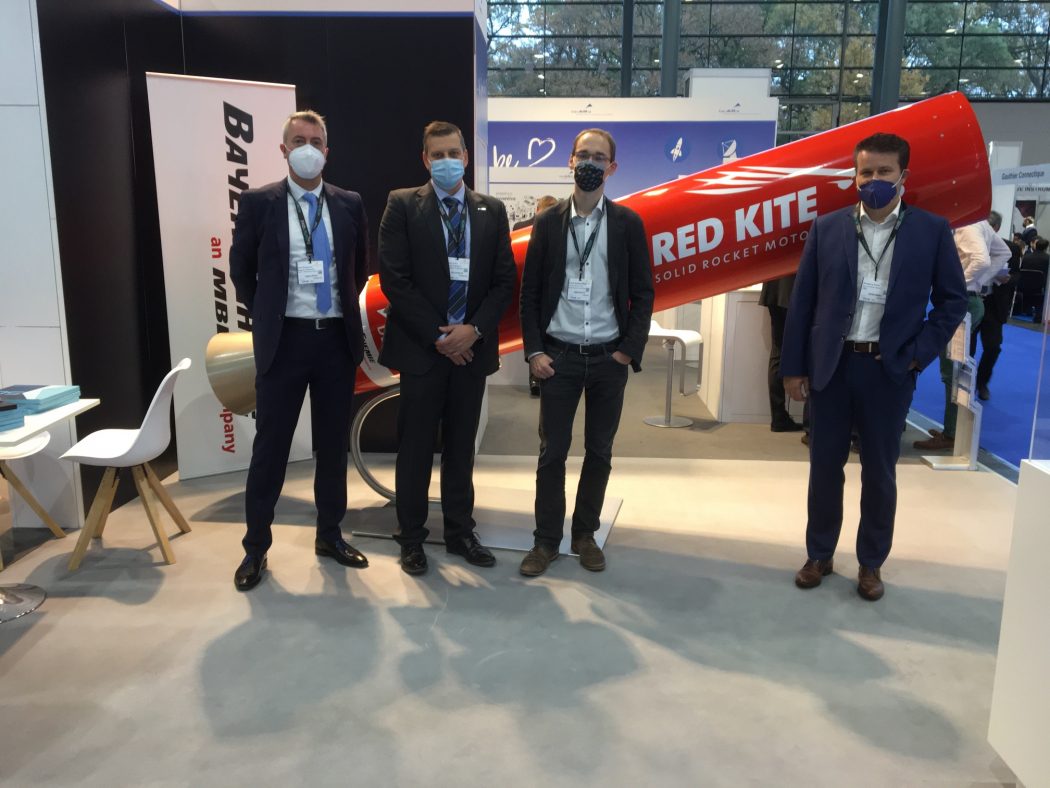 Aschau/Bremen, 18.11.2021 – High national and international interest for the world premiere: The new solid rocket motor “RED KITE” for research rockets, presented for the first time by BAYERN-CHEMIE and DLR at the Space Tech Expo, attracted considerable attention from the expert audience in Bremen. Specially developed and designed for the requirements of weightlessness research at the German Aerospace Center (DLR), this particularly powerful rocket engine will supplement the adaptations of engines from military remnants, such as PATRIOT, previously used in DLR research missions and expand the performance portfolio upwards.

In 2019, BAYERN-CHEMIE and the Mobile Rocket Base (MORABA) department of DLR’s Space Operations and Astronaut Training facility had signed a corresponding contract for engine development. With more than 900 kilograms of each propellant, the engines of this type will be the largest ever developed and built by BAYERN-CHEMIE.

Dr. Wolfgang Rieck, Managing Director of BAYERN-CHEMIE, welcomed Frank Scheuerpflug, “RED KITE” project manager of MORABA, at the BAYERN-CHEMIE stand to discuss the further development of the project and to inform him about other space initiatives of BAYERN-CHEMIE – such as de-orbiting to avoid dangerous space debris. Both expressed their conviction that “RED KITE” would provide significant new impetus for DLR’s high-altitude research.

“With “RED KITE”, we have a propulsion system for our scientists’ research missions that is specifically geared to our objectives and needs. More than 20 years after the end of Skylark production in England, this is the first civilian solid rocket motor of this size to be manufactured in Europe. This offers promising new opportunities for our research work and opens up new potential and areas of application for it,” commented Scheuerpflug on the joint development project between DLR and BAYERN-CHEMIE.

After the test flight planned for 2023, the newly developed engine will be used in various configurations on high-altitude research missions, such as DLR’s internal microgravity research programme, MAPHEUS.